When Jeffrey and Susan Bastable say they value giving back to the community, they mean it.
Together, this husband and wife team has left a legacy everywhere they’ve been, including the Central New York community. While they may be technically retired from full time work – Jeffrey from health care administration and fundraising and Susan from nursing education – you could argue these two are just as busy serving the community in retirement as they were in their careers.
Both Jeffrey and Susan are Syracuse natives with remarkable resumes. Jeffrey has undergraduate and graduate degrees from Syracuse University and a graduate degree from Cornell University. He spent much of his career in health care administration and consulting, but later pursued a career as a fundraising professional prior to his retirement. Susan has a nursing diploma from Hahnemann Hospital School of Nursing, a bachelor’s degree in nursing from Syracuse University, and master’s and doctorate degrees in curriculum and instruction from Columbia University. She spent several years in clinical nursing until she discovered her true passion of being a nurse educator – a passion she pursued for 30 years. Susan is also an award-winning author of three textbooks on teaching and learning for the health professions and recognized for establishing several academic programs, including the nationally recognized Dual Degree Partnership in Nursing (DDPN) in collaboration with Dean Marianne Markowitz of St. Joseph’s College of Nursing.
Their long list of accomplishments and community involvement doesn’t end with retirement. In fact, it seems retirement has simply given them more time to spend in the community – a role they both take very seriously, in addition to their role as grandparents.
Jeffrey serves on the board of Honor Flight Syracuse and on a Syracuse University board of advisors and the Varsity Letterman’s Club. He also supports current students at Cornell University as an instructor and mentor. In the past, Jeffrey has served in various board roles with United Way, and on the boards of Loretto Foundation and Boy Scouts. Susan is a part of the governing board of St. Joseph’s College of Nursing and has previously been a member of many governing boards and advisory committees of nursing schools and health care agencies throughout New York State and the Northeastern region of the United States.
In addition to their consistent, supportive presence among organizations and boards within the community, they have committed to financially supporting St. Joseph’s Health as members of the Circle of Caring and as the founders of a newly endowed nursing scholarship for students of St. Joseph’s College of Nursing.
“We recognize that St. Joseph’s Health is a real diamond – a leading health care provider in Central New York,” said Jeffrey.
Susan continued “In addition to supporting health care in the community, we want to do all we can to sustain students’ education and to help them grow.”
Scholarships were part of what made Susan’s education possible – and after 30 years as a nurse educator, it’s no surprise she has a heart for not only her students, but all future students. Students who often become a part of St. Joseph’s Health upon graduation.
Their desire to pay it forward when it comes to health care and education in the community is something to be admired. At St. Joseph’s Health, we’re happy and humbled to be a part of it. 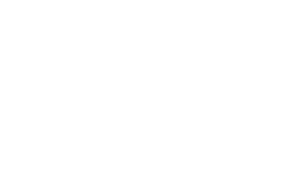